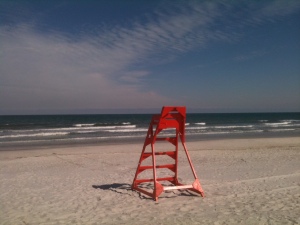 I get grumpy about the annual switch to Daylight Savings Time. Every spring we change the clocks and the daylight that has been increasing each morning since the Winter Solstice suddenly disappears again, moved instead to the end of the day. It feels like just as we were making progress toward those long summer days that begin early and stay late, somebody hit rewind and we have to replay the last month.

The upside, of course, is that our evenings have suddenly expanded, jumping ahead of the trend that Mother Nature was already setting, providing extra daylight for those evening beach walks I’ve been missing since the days got short last fall. You might think that would counter my grumpiness at losing an hour last weekend. But no. I will remain grumpy about that for at least a week, as a matter of principle.

What does counter grumpiness, and just about anything else I ever need countered, is a walk along one of our local beaches or the sudden arrival of Spring weather. Yesterday featured both!

As late as last Friday the beach looked and felt rather winter-like, or at least Northern Florida winter-like. Last Friday offered an abundance of sunshine and blue sky, but highs were struggling to find the 60s, hampered by a fierce wind out of the north. Still, as my feet reached the sand I saw a hint that Spring was imminent. Those familiar, red-orange lifeguard towers were back on Jax Beach. Uninhabited towers kept watch over a largely empty surf and barren beach, but the fact that they were out of storage promised change.

Two days later those towers contained lifeguards, the waves entertained surfers, and the sand soothed families and couples eager to soak in the sun without needing a jacket. Goodbye, grumpiness. Hello, Spring!

If Spring hasn’t reached your particular shore, here’s a peek at ours to tide you over.